” My name is Coriander Hobie. I am the only child of Thomas and Eleanor Hobie, Being born in the year of our lord, 1643.” Coriander lives in London, next to the river Thames, having a normal life, until, one day, she uncovers a pair of silver shoes, with a capital ‘C’ for Coriander on the soles. Her mother disagrees to her wearing them. Yet one day when she goes to the river, she sneaks down with the shoes – she tries to take them off – they won’t come off. She tries again, this time successful.

A few days later, she puts them on again to go down onto London bridge, when suddenly, everyone in London bridge, or everyone in the world possibly, disappears. She goes into a shop where she meets a strange old woman – who seems to know every detail of her life – even stranger, her pet crow talks… She is then back in the hustle bustle of London bridge, where she is re-found with a deadly fever, but thankfully, her mother is a chemist, a white witch as many said, and is later better.

Several years later, Coriander at nine summers old, her mother falls, just like Coriander, into a mysterious fever – but unlike Coriander, she does not get better. None of her medicines or ointments will work on her, and then, finally, she dies. After Eleanor Hobie dies, Coriander realizes there are two worlds, this world,the world she has known all her life, and her mother’s magical and strange world. Soon after her mother’s death, her father re-marries fat, selfish Puritan, Maud Leggs, and her caring, but ill and thin daughter, Hester. But as well as bringing misery, she also brings cold hearted and cruel Arise Fell – and he and Maud might have a little something to do with Eleanor Hobie’s death…

A first – rate book, enchanting in every single way – if books had personality, this book would be in my top five best friends list!!! 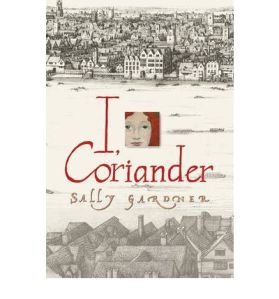