Nine years after the five children discovered ‘it’, they went back to their normal lives, thinking that ‘it’ or the Psammead ( pronounced Sammyad, a sand fairy which looks like a brown dog with no tail and eyes on stalks) had left them many years ago (in 1905). It is now 1914. This is a sequel to another book by E. Nesbit called Five Children and It.

The baby Hilary, nicknamed the Lamb, is now 11, and the now born Edith (Edie) is 9, and Cyril the eldest will soon join the army, because there is a massive war, so big that the entire world is included in it, the First World War. Lamb and Edie are playing in the garden by the gravel pit, when they both discover the Psammead which they lost by the gravel pit 9 years ago, and the Psammead had fallen asleep and had only just woken up.

The Psammead now wants to get home, to where he belongs in the sandy desert. Even though the children don’t want him to leave, they help him anyway. This leads them onto an adventure beyond their imagination, including a visit to Cyril at the Western Front in France, which was a bit creepy for them.

I think this story is a bit sad, though full of fun, and often quite funny – my favourite parts are when they travel around in time and space, because being a Sand fairy, if any one says the word “wish”, then their wish comes true, until sunset… The character I like best is Edie, because she is quite sensible and is kind, but I also like Lamb, because he is a bit naughty and quite funny.

Thank you to my grandmother Eileen for giving me this book. 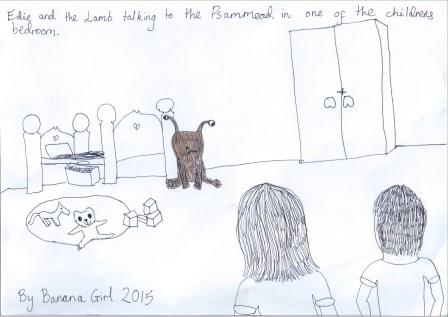 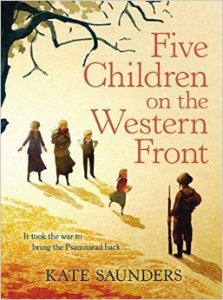