Saul is walking back home after buying a chocolate bar for 29p when suddenly in the middle of the road a girl appears and is almost run over by a car!She quickly runs to Saul who takes her to the Den, an old shed in an abandoned garden of an abandoned house, that only Saul and his friends, Will and Robbie know about. It is their sort of hide out for 11 year olds.

The girl’s name is Agatha and says she has come from the year 1812 on a time traveling experiment with her father in hope to become rich. At first Saul thinks she is a bit crazy, dotty, or loopy ( use any description along those lines) but she certainly is not pretending, and she is wearing the right kit, and talks with a proper accent form the 19th century too. So Saul realizes that she may actually be telling the truth. Eventually, he agrees to help Agatha back home. With interfering adults and bullies prowling around, it won’t be easy.

Because this book is about time travel, it is very mysterious, and leaves you with many questions. Also, the characters have lots of feelings that is expressed in the writing, so you feel as if you are really getting to know the characters by the first few chapters. I liked the part when Saul told his parents that Agatha is a boy coming to visit called Randolph, ( accomplishing that by dressing her up in modern clothes, and cutting her hair) and that ‘he’ has lost ‘his’ voice. Then at some point, Agatha accidentally speaks, and then Saul’s dad comes round frowning because he over heard, so Saul has to try and mimic Agatha’s high pitched voice, so as not to arouse suspicion.

This story is based on a real girl, who sadly died of measles just before her 9th birthday. In the story, Agatha is worried that there may be measles around, and that she may catch it and die, so Saul has to explain we don’t get fatal measles any more. However, Agatha in this story lives into her 70s.

I like this book because it has mystery in it, but also it is quite funny because Agatha goes round with her mouth hanging open making amusing comments on ordinary things, like lightbulbs, and popcorn or automatic doors.

Thank you to Jackson for lending me this book. 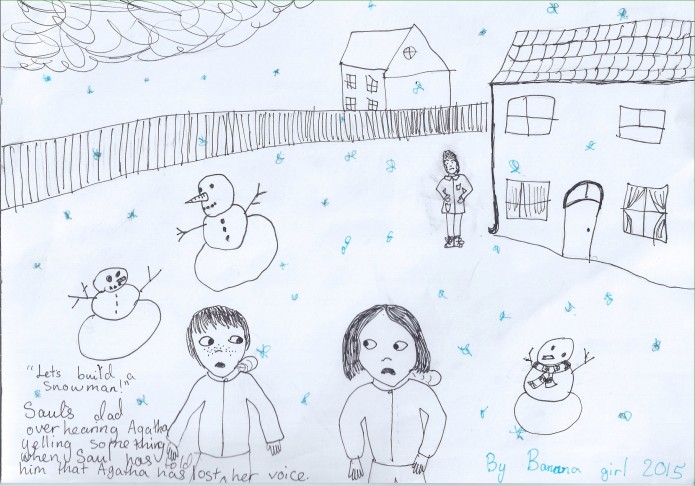 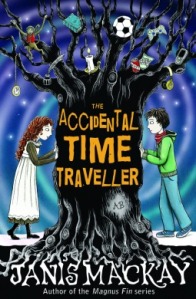