The Secret of the Blue Glass – Tomiko Inui. Reviewed by Banana Girl (10)

The Moriyama Family have looked after the little People for decades. The little people are Balbo and Fern, and their children Robin and Iris, and are about two inches tall, and eat only milk, which must be served in a blue glass goblet. But everything changes when the Second World War comes along, and they struggle to survive.

The Secret of the Blue Glass is unusually a Japanese book written in 1959 translated into English (so it is set in Japan), and even more unusual, it is set in the Second World War, when Japan was against England. It is interesting to see the war from another point of view.

I really liked this book because it was fascinating to see what it was like to live in the war, and in another country. It is very heart-felt, and the end bit made me feel a little teensy weensy bit emotional. 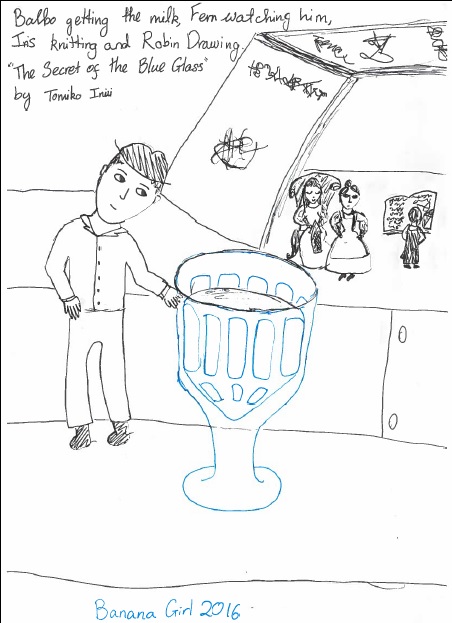 Mrs Splatt is the most evil dinner lady in the […]
The World’s Worst Teachers – David Walliams, illustrated by Tony Ross. Reviewed by timestablesfan (9)

This is one that I really like because the characters […]
Matilda – Roald Dahl, illustrated by Quentin Blake. Reviewed by Sour Terry (9)

It is bring your pet to school day at school […]
There’s a Snake in my School! – David Walliams, illustrated by Tony Ross. Reviewed by Sour Terry (age 9)