On Thursday 10th March 2016, Tommy was diagnosed with Throat Cancer. Throughout the month of June, bloggers (including myself) will be posting to raise awareness and support Tommy through some hard times. Check out the timetable here.

PC Reg Cranfield was walking down Trotter’s Lane , when he saw the shape of a person emerging from the mist (it was a misty day). This person was Cranfield’s long dead father. The man in the mist started to talk. He said that Cranfield left him to die. Then the man started to scream.

Mae Callon was very busy after the assassination of John F. Kennedy (she worked at a news company). She was very tired, so she went to grab a coffee. She put her coffee mug where she usually put her mugs of coffee. There were lots of stains in the shape of rings, overlapping. She picked up the coffee cup, and took a swig, but before putting it down, the coffee stain on her desk formed the face of her late grandmother.

Can the Doctor and Clara save Earth from the infestation of the Shroud?

Find out behind the covers of this outstanding book!

This, as I have previously said, is an outstanding book! It is a great read and a mega page turner, especially for a Doctor Who fan (Whovian) like me!!!!!!!!!!!!!

Now, I mentioned at the beginning about Tommy and his throat cancer. Go check out his blog about his battle against ‘The Big C’ – http://www.tommyvcancer.com 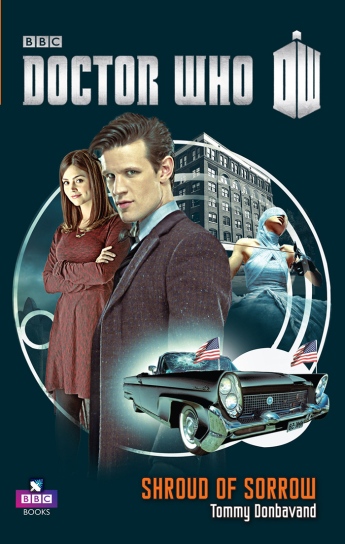 I loved this book so much it is funny and […]
Frostheart – Jamie Littler (author and illustrator). Reviewed by Dancing Dragon (age 10)
Loading Comments...
Comment
×