Ford has arrived in Paris with his brother Gavin and Cousin Ellie. Ford and Ellie run upstairs, to the apartment, leaving the adults and Gavin behind. Ford picks up a pamphlet for the ‘Les Deux Magots’ and his vision goes hazy. It refocuses a cup of coffee. He puts the brochure down and the coffee disappears. The adults come into the flat with the luggage, and dump it on the floor. Ford spots a beige briefcase that he didn’t recognise. He asks his mum what it is, and she says it belonged to Ford’s great-grandfather. He picks it up. He is no longer in the apartment, he is in an aircraft hanger, and a bomb explodes. Ellie calls his name.

Later, in a dream, he is running, running away from a Nazi. When he wakes up, Ford tells Gavin and Ellie. They decide that they need to figure out what is going on. They take Ford to some weird psychic woman’s house and she tells them that Ford is a clairvoyant. That “Clairvoyance is the alleged ability to gain information about an object, person, location, or physical event through extrasensory perception. Any person who is claimed to have some such ability is said accordingly to be a clairvoyant.”. They deduce that Ford has a special connection to their great-grandfather. They want to find out more about him, so they go to the library. They search for him, but all the files have been blocked. Something has happened, for the secret services to block access to his war files.

This is a really good book. I really enjoyed reading it! It is an absolute page turner, and I spent every spare minute I had reading it. My favourite character is Ellie, because she is really organised, however Ford and Gavin are really good as well! This review has been a great joy to write, and I’ve only just come back from being on holiday, and this is the first thing I’ve done. Congrats Jodi, and thanks for sending an advance copy! 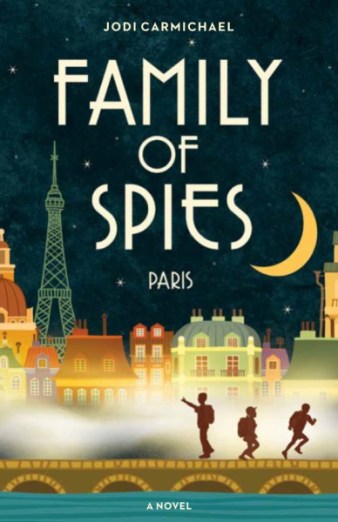