Kester, as some may say, is an unlucky boy. Six years ago, a terrible disease called red eye ( so called because just before the victims die, their eyes shine flaming red) suddenly spreads through the world, mainly through animals, so that farmers are left to abandon their farms, and go to protected cities leaving ‘quarantine zones’. Because now the farmers have stopped working, food supplies are running short, so things are bad enough for Kester, when without warning, Kester’s mother dies.

After that, Kester is whisked away from his father, Professor Dawnson Jaynes, to an institute where he is fed the Prawn Cocktail Crisps tasting Formula. He tends to be teased and picked on, because ever since his mother died, Kester stopped being able to talk.

One day however, somehow, he manages to communicate to a cockroach, who later gathers up an army of pigeons who take him away from the nasty institute, to the quarantine area, to the forbidden animal kingdom, where he is chased by wolves, makes new friends ( a confident girl named Polly who he finds living on her own with her cat in the quarantine area, and turns out to be very useful),eats poisonous berries and silently sings to summon animals with red eye to become part of his wild ( a sort of animal tribe) all in a quest to find the cure for the red eye, but some people will stand in their way, going so far as to try and kill them to get what they want…

A stupendous book, full of wicked tricksters and mad masterminds, where nothing is quite what it seems, and when I saw I was on the last chapter, I almost felt like yelling “NOOOOOOOOOOOOOOOOO! It is finishing too soon!” Not just that, but it is like you have just shape-shifted and become part of their world, only better! 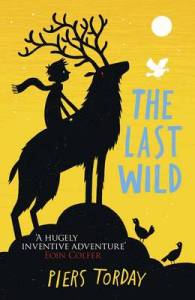